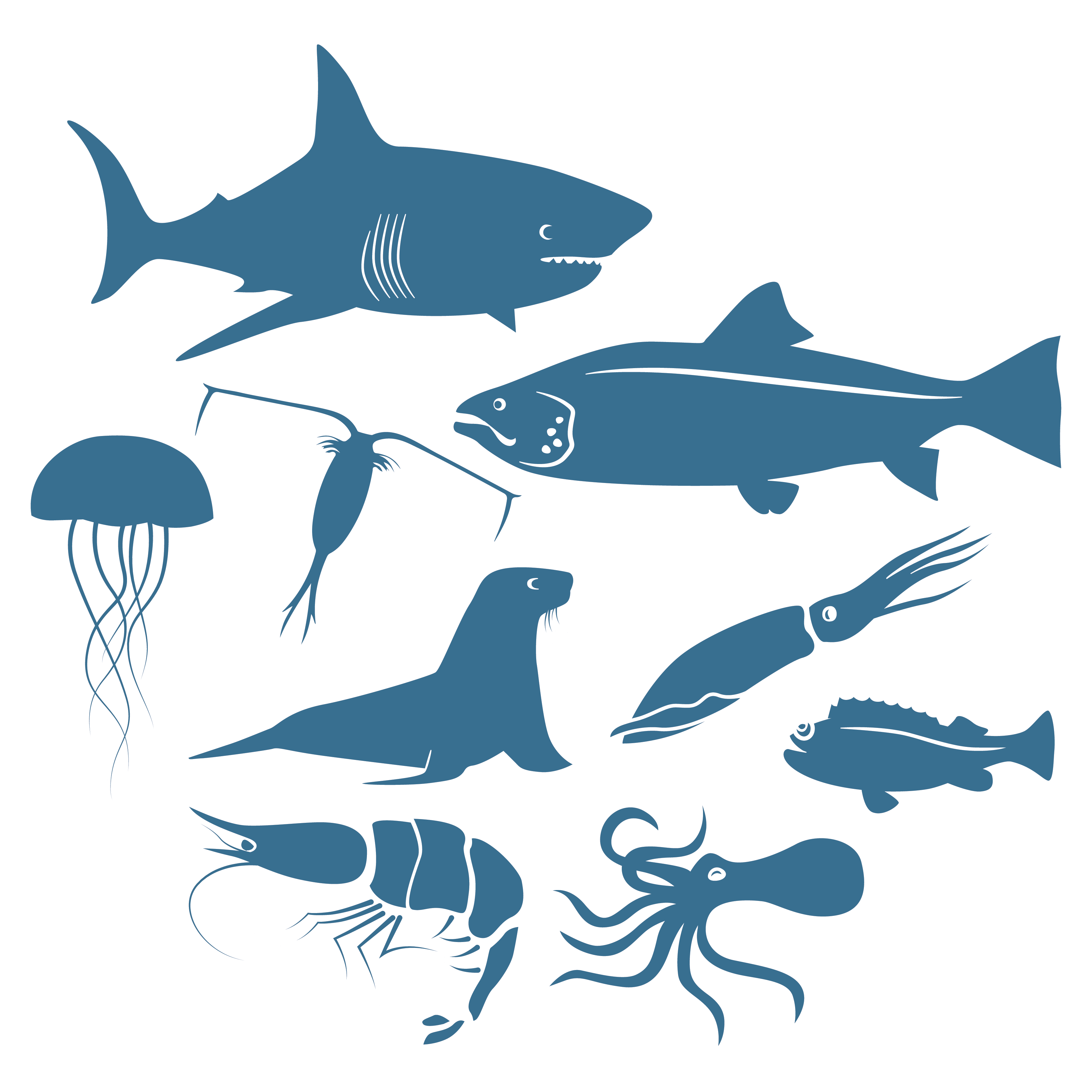 Zooplankton are small marine animals that drift with ocean currents. They play a key role in marine food webs as consumers of phytoplankton and other food sources and as a resource for fish and other consumers at higher trophic levels. Time series show zooplankton communities responding to ocean warming, with increased abundance of warm-water taxa and decreased abundance of cold-water taxa (4.1). Marine heatwaves are shown to substantially reduce total zooplankton biomass, abundance, and size, while increasing diversity (4.2). Zooplankton communities have bounced back quite quickly after marine heatwaves, though the effects on higher trophic levels of reduced food availability during these events are currently unknown. Zooplankton community composition is also shown to change in response to variability of the East Australian Current (4.3).

An estimate of the density of smaller fish and larger zooplankton (e.g. squid and jellyfish) that live in the intermediate depths of the ocean (called the mesopelagic zone) can be developed using data from echosounders on fishing vessels and research vessels. Basin-scale time series have been established in the Indian Ocean, Southern Ocean, and Tasman Sea. The data show a significant increasing trend in the Tasman Sea and Southern Ocean (4.5). Further research is required to validate these estimates and understand the mechanisms at play.

The eggs and larvae of most marine fish inhabit surface waters of the ocean as planktonic organisms (called ichthyoplankton). Larval fish data for both the east and west coasts (4.6) show a strong latitudinal gradient for most of the year, with higher diversity and abundance in tropical northern regions and a steep decline below 300S. Over the last two decades however, this gradient appears to have weakened along the east coast. Larval fish assemblages at northern and southern latitudes have become more similar. This is consistent with southward extension of warm EAC waters, shifting tropical/sub-tropical species poleward. Increased abundance of warm-water larval fish at southern latitudes is also consistent with the trend observed in other zooplankton (see 4.1, above).

Understanding movement and connectivity of larger marine animals (fishes, sharks, marine mammals) is increasingly important as human use and environmental change alter ocean ecosystems. Identifying movement patterns is particularly important for species that move long distances, and animal tracking technologies provide an effective and efficient means to build time series of species distribution. Previously unknown migration of bull sharks between Sydney Harbour and the Great Barrier Reef has been revealed by analysis of data from the continental scale acoustic telemetry network (4.7). Time series of environmental data collected from satellite tags on elephant seals in the Southern Ocean have been used to describe the water masses in which the animals are feeding, helping to resolve questions about population trends (4.8).

4.2. Response of zooplankton to WA heatwave